Home/Challenge Me, DIY, Encourage Me, Faith, Handy Hubby's Corner, Strengthen Me/5 days, 5 skills….Day Three: Be true….Through and Through….
Previous Next

Good morning to you!So far this week we have covered two of our personal codes that we try to live by here at The Welcoming House: Balance is Beautiful,
and Work Smart before Working Hard.
The Handy Hubby and I brainstormed over this series a couple days ago, and found that we almost couldn’t fit them into five separate ones because they are all intertwined in our lives.But one that the Handy Hubby immediately listed as his top personal code was that your character, and how you show it to others, is the most important part of the dance.

Of course, that was after he listed his personal code of always making sure there is bacon in the house, and gave a hearty laugh.
(I am still not 100% sure he was joking, by the way)

But you know, at first while I dismissed him, and wondered what in the world that could possibly have to do with what we do, over the last couple days it has been sitting in the back of my mind.

In some parts of this country even today, deals are made on a handshake and the knowledge of a person’s character. Deals for pennies, and deals for million dollar companies. If you are willing to put up, or shut up, then you will be surprised to see how many people respondÂ
to that sincerity.Â

They may know you as chronically late, or good at losing your phone (*blush*), a great cook, or a terrible joke teller….but if you are a person of good character, who does what they say they will do, then it is not only refreshing, it is rare.

And it builds relationships with people who otherwise would not trust you,
because they know and see your heart. 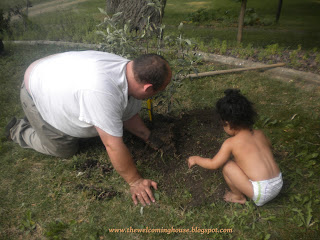 My husband is one of those people. Blunt. Honest. And would give you the shirt off his back. He is quick to see a need, and just as quick to do what is in his power to meet it.

What does that mean in his life? It means while he is chatting up a little old lady in the parking lot whose husband died a couple months ago, and finds out that her porch rail is breaking, he calls me to say he will be a little late coming home because he has an errand to do.

It means if he tells a neighbor that he is willing to help him fix his four-wheeler when he gets around to it, and that same neighbor shows up on the worst night of the week, after a twelve hour shift of cutting meat, he gets up, turns off the tv, gets his boots on, and goes over to help.

He is the kind of man that figures out what he can give,
and never thinks twice about giving it,
but chooses to do it as an extension of his heart.

Not people that will take advantage of him, although those have occasionally shown up in the mix of the many that eat at our table, or shake my hand in the parking lot, or stop me to ask how my family is because they know I am HIS WIFE.

But people who are so incredibly grateful for the genuine warmth, consideration, and commitment from another person,Â
that they give unreservedly in return. 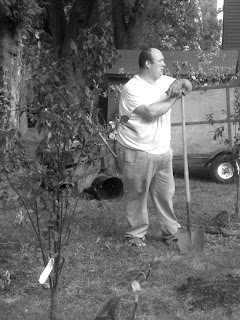 People who call knowing he has a chainsaw when an apple tree comes down on their fence in the middle of a storm, then not only give him the wood, but buy steaks as a thank you,Â
on a budget where they can’t really afford to do that on.

People who send him notes and thank yous, drop off bottles of homemade sauce and jellies, meat, pies and cookies, sourdough starters, and recipes for swiss chard loaf that is out of this world.

People who ding-dong-ditch diapers on our doorstep, or show up, packages of onesies in awkward hands and tell us they just happened to see them on sale and thought of us.

Be yourself.Â
Be the Best YOU that you can possibly be.
God created only ONE of you, and you were meant to be unique, beautiful,
and appealing in only ways that YOU can be.

Be true to who you are.
Be the person that you want other people to be.

Don’t worry about what other people are going to think of you,
Â but care about what God,Â
and YOU, think of you.
Because you are the one that has to live with yourself.

And there are so few people out there that live like that anymore.
If you are true to yourself, and to others,
then you will be astounded at how that draws people who are craving intimacy with someone real
in a very topsy- turvy, and uncertain life.

Be a person that keeps their word, shows their character, and is willing to do what is needed, when it is needed. You may regret it when the neighbor shows up in the pouring rain and you have to go back out into it, but the bonds it forges, the people it brings into your life, and the peace it gives you to be true to yourself, is worth it in the end.

The doors it opens, the hearts it blesses, the lives it literally can change (including yours)…is one of the best things this life has to offer.
Just do it.

Blessings to you and yours,
Heather 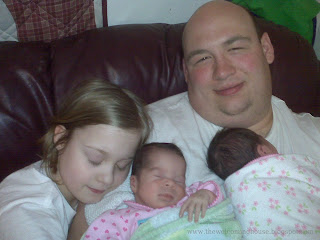 I will be away from the computer all day so wanted to let you know that moderated comments will not appear until this afternoon sometime. I have been getting a lot of repeat comments from folks who are hoping they show up…and they will, I promise!