Home/DIY, Faith, Homesteading, Strengthen Me/A Little of This and a Little of That….
Previous Next 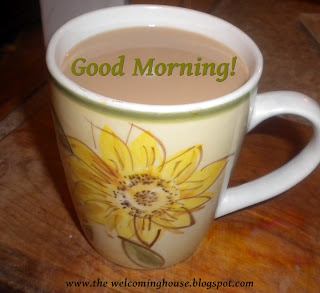 Hi everyone! Today is just going to be a catch up post…you know, one of those posts where I try to catch back up to where we are here at the Welcoming House and what we are doing, and where I catch you up to all the activities happening here around the Welcoming House.

It has been a crazy busy weekend and week, and all of that coming off of an amazing week where we all got to hear from so many across the nation as they deal with the drought, and how it affects their families and plans. 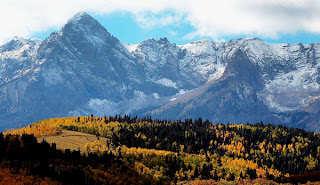 Then over the weekend was that terrible tragedy over in Aurora, CO; my home state, and a place where some very dear friends live. I knew nothing of it until late Monday morning due to being so busy with company, church, and all the other crazy things we do around here in the summers. My heart broke though, at the news. It is times like that I wonder how safe we really are in any situation…and I pray for all the families and people who were affected by that single man bent on evil.

Monday was another incredibly busy day as the Handy Hubby and I took the opportunity to make a run to the nearest “big town” and stock up on all the things I have been telling you all to get into your pantries and cupboards. That is actually a big part of what this post is going to be, because I want to tell you what my own eyes saw and what we experienced when we stepped outside of our little rural community and out into the wide world.

First, I am thankful to say that I think people are waking up, even if it is just a little bit. There will always be those who scoff all the way until they wake up one morning to realize that the stock market crashed, their local grocery stores and banks have long lines of people waiting for whatever is left, and they have nothing more than a few saltines, ramen noodle soup and beer in their fridge. I am just saying, there are still those people out there.

I ran into such a one at Sam’s Club when we were picking up our yearly amount of popcorn for grinding. She stood with mouth open while my husband swung two 50 lb bags of popcorn into the cart, shamelessly grabs her friend to stare with her, and then makes the comment of: “That’s a **** of a lot of popcorn. What the **** are you going to do with all that? throw a party??” Then in peals of laughter, she and her friend (and their cart-full of kids, whom I immediately felt very sorry for) flip-flopped down the aisle and around the corner. We are used to the stares, and occasionally the comments, but that was a little over the top, even for the Hubs who works in retail setting. However, I happened to catch the eye of an older gentleman who was standing on the other side of the aisle, watching my husband load the popcorn. The look on his face? Complete understanding. And as we passed him I glanced in his cart……..to see a 50 lb bag of popcorn. 🙂

Â Its those little things, those understanding glances from strangers, knowing you are not alone in your quest for outrageous amounts of popcorn and wheat, metal trash barrels, and enough cat food to feed an army of mousers, that makes a lot of these things bearable….. 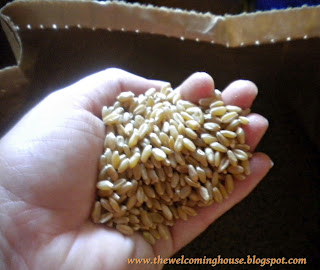 We went from there to Walmart, checking to see if they carried wheat like the one at home does. The manager informed us they normally have tons on the shelf—at least six of each kind, and they were down to one bag. He shook his head and told us it was flying off the shelf–and he couldn’t figure out why. “What exactly do you DO with that stuff anyhow?” he asked us, perplexed. We just thanked him, took the last bag, and walked out of the store. SOME people are stepping out and doing what they need to do…that is obvious.

Finally we stopped at Menards and picked up a bunch of jars since they are running a sale on canning supplies right now. Two carts and a lot of strange looks later, we had the car packed, high-fived one another, and came home. But interesting thing there too, I have never seen the store shelves that empty in a canning section, even in rural America. I have taken advantage of their sales a couple times this year, albeit not like I did yesterday, and those shelves were very picked over.

Again, that means that people are starting to do things to take care of themselves, even in small amounts! Doesn’t that just make you want to cheer, stand on your head, or run down the street jumping and clacking your heels together?

Â No? well, I guess you don’t blog about it like I do, either. 🙂
Â So I guess I understand.
Â  Â On a sad note, a couple things have happened around here that make me not quite so giddy with success for anything.Â 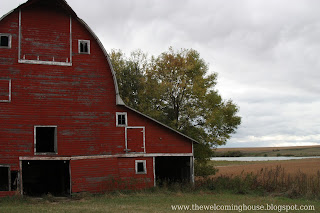 I personally know of a couple farmers now, that are having their livestock barns closed down due to the inability to afford the feed for their hogs or turkeys, or even cows. The local farmers are already having to feed livestock the hay they have baled for winter because the pasture is so bad right now, and with the cost of feed going up, there is going to be a sell-off of meat stock here, as well as all the other parts of the country. I am sure you know I can a lot of meat for our family, taking advantage of sales and such, and this is something we are hitting hard the next couple of months……because if meat goes as high as all our farmer friends say it will by next Spring, the Welcoming House family will only be able to afford what we already have on our shelves for a long time. I hope you do not find yourself in the same situation, dear readers. If you want to learn more about how I can up chicken, you can click here for the link to my article A Productive Day. I will be posting more canning tutorials here over the next couple of months so you can see the step by step process in pictures as well.

Â  Â Finally, we have had such high temps, and so little rain, that I am starting to see the first die offs happen in my beautiful garden. The pests are actually worse this year, as far as bugs go, I think because they have nothing else to feed on like they normally do. So far the count is four squash plants and two tomato plants down for the count. I do not use chemicals of any kind in my garden, so am treating it as best I can. However, they are SO prevalent, and so determined, I wonder what my veggie count will be at for this year. I had the most gorgeous Blue Hubbard Squash plant and vine that I have ever grown, with a squash on it bigger than my head, that lies dying in my old garden as we speak. Nothing I can do for it, except help it limp along and get the squash just a little bit larger before I harvest it. Looks like even our family will be hitting the farmer’s market this year…..
Â  Â Still I want to end on a positive note, and share with you the lovely pictures of my sunflowers that are thriving in the heat and sun each day—it has been four years since I grew sunflowers, and there is just something about them that makes me smile and my heart lift up…. 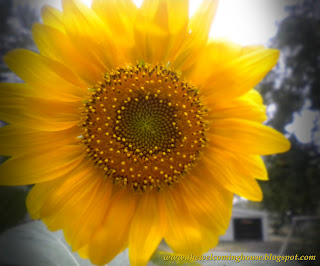 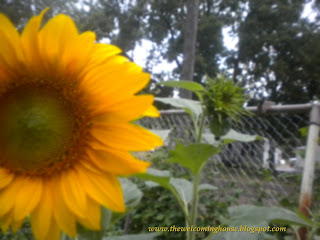 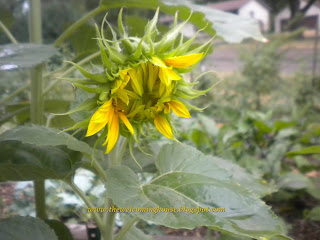 Â  Â Well, anyhow, tomorrow as a short follow up to last week’s posts from everyone, I am going to be talking about the top five things you should be thinking about starting to stock up on to weather the storms we will most certainly be facing by December. I am also going to be talking about the top five mistakes most people make when they start building a larger pantry, a simple starter list for those of you just beginning, and ideas on how to store stuff when you live without a lot of storage space, such as an apartment or something. Be sure to check back for the next couple of posts as we cover all that.
Â  Â I hope you are all hanging on, encouraging others as best you can to be aware, take care of themselves and those they love…….
Many Blessings to you and yours,
Heather 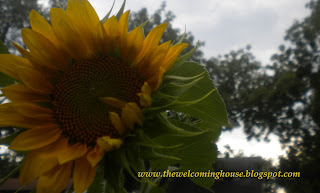