A day that Kurt and I prayed for, and yet sometimes wondered if we would ever reach. 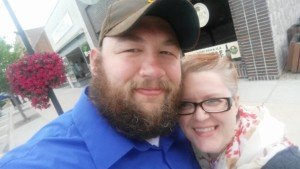 This was us in 1997, just two young kids with NO idea what life was going to throw at us in the next 5 years….the loss of our first child less than a year later, the birth of a second who was critically ill, a fire that took all our posessions, me developing a severe auto immune disorder that had the doctors stumped, or having to sell a house to pay off medical bills…. 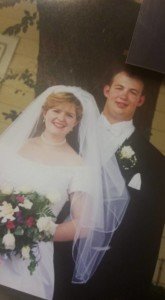 Which makes this victory all the sweeter. 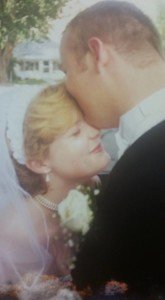 Who loved our child and was determined to do whatever it would take to make things work out and keep us afloat.

We came from completely different backgrounds…actually probably couldn’t have been much different than they were.

But “love conquers all things……” 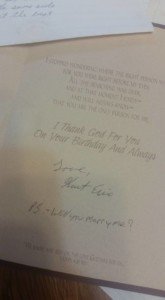 Our anchor was in Christ Alone…… 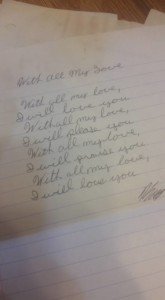 and here we are.

We celebrated our anniversary together a few days early, antiquing in a nearby town and sharing a meal. Had some hilarious conversations with people who said we were too young to be married 20 years. Or the conversation with the young man who served our table who told us he wasn’t even born yet. Yeah……so there’s that.

But this man I’m married to you all……..I pray for another 20 years.

And here are a couple suggestions for all you awesome people just getting started.

*Have grace for each other. Lots and Lots and LOTS of grace.

*Recognize that being determined to fix it and work through it is what keeps people together instead of them drifting apart.

*Obviously, laughter goes a long way in a marriage.

*Life is messy, realize its going to be that way, and choose to grow through it together, instead of letting it separate you.

*Take time just to be with each other. For those of you who don’t have kids yet, you will understand this later. MAKE TIME.

*pray together. Over even the small things. Because often those end up being the big things and we don’t see it soon enough.