How 27 Pumpkins from 2012 are STILL feeding our Family–Tasty Tuesday!

How 27 Pumpkins from 2012 are STILL feeding our Family–Tasty Tuesday!

I was blown away by a friend’s comment last night,Â 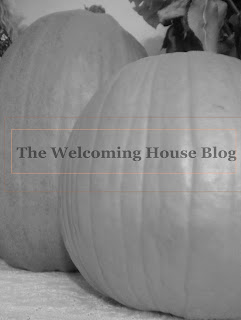 She has quite a few family members that celebrate Halloween, and so consequently, she had about 15 pumpkins lining her deck and walkway up to her house.

Here it is, only a few days after that day, and she told me that she was going to have to wait until next week to “finish filling up her trashcans”….

I used to think that way…….

Fast-Forward to a conversation with the Handy Hubby this morning, who remarks that he was “upset” to see the amount of produce waste that happens around this time of year.

In other words, it super bothers him to see the manager(s) of that department take cases of perfectly good pumpkins out to the back of the parking lot and smash them on the ground and then throw them in the trash.

I don’t know, perhaps it is because we try to live as zero-waste as we can, or what, but knowing there are people struggling to feed their kids only doors down from where we live, and knowing that so much food, which is good, and nutritious, and easy to utilize is going down the trash,

Folks, save the pumpkins.

How do you use up, or do anything with those pumpkins that have been carved and burnt?

How do you take advantage of those awesome pumpkins at big box storesÂ that are only $1 right now?

Well, let me tell you.

Pumpkin is one of the very best foods you can eat.

As a Yellow/Red vegetable, it is FILLED with really good vitamins and minerals, antioxidants and has many health benefits. It makes the best pies, bread, muffins, ravioli, and soups that you will ever have the chance to eat. Seriously.

So, please, if you have pumpkins that you want to know how to use up,

use the links below.

Last year we were given a LOT of pumpkins.

We gave them away at the end because we just could not put another pumpkin into a jar, freezer bag, or dehydrator. And it is the same reason we have not bought or accepted any pumpkins this year.

Because a full year later, 27 pumpkins are STILL FEEDING MY FAMILY.

Still feeding us, a full year later, and it tastes just as good today as it did fresh from the pumpkin patch.

So, take heart. Want to feed your family?

Those pumpkins are a gold mine, and here are the links that will teach you howÂ

to put it away for a rainy day:

The Pumpkin Invasion: how to prepare, and pressure can pumpkins, or roast the seeds!

How to Freeze pumpkins and lots of recipes to use it in!!

How to Dehydrate Pumpkin Puree and use it in recipes as Pumpkin Powder!!

Hope you learn something awesome and new from this, and save your pumpkin for later!

Blessings to you and yours,Â