Love on a Plate–Monster Cinnamon Rolls

Love on a Plate–Monster Cinnamon Rolls

I am sure you know this, but we love food. We do.

And I love to cook and bake almost as much as I love food, because I love the calm, sweet process that goes into the whole project…that is, unless my kids are doing it with me.

Then I turn into some crazed micro-manager with high blood pressure and flames shooting out of my eyes.

Anyhow, we have used the same cinnamon roll recipe for years, and the other day I decided to look around at Pinterest and see if there was another one that caught my eye.

After all, we all know ANYTHING can be found on Pinterest. 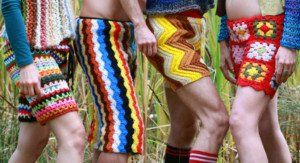 Over and over again I saw recipes for giant cinnamon rolls, and after looking at a few, and playing around with it, I think I have come up with my own.

And believe me, they are delicious. 😀

So in honor of Tasty Tuesday, I bring your our new-ish Monster Cinnamon Roll recipe…and don’t worry, there will be adaptations for you to run with over the next couple months, so if Cinnamon rolls aren’t your thing, well, we will share something that is. 😀

Hope you have a lovely Tuesday,

Blessings to you and yours

Dough: Take 2 cups of warm water and add 1 1/2 Tbs yeast. Let proof for about five minutes. Then add 4 1/2 cups all purpose or soft white wheat flour, 1 stick melted butter, 1/4 cup dark brown sugar, and 1 tsp salt. Mix it all up and know it will be a really soft dough. Let it rest for 10 minutes, then knead for a bit until it looks satiny on the surface. Cover with a towel in the bowl. Let it rise for over an hour until doubled then punch down, and turn out onto a floured surface. At that point, work the dough into an 11/13 rectangle on a floured surface with a rolling pin.

Filling: Melt another stick of butter and add 1 cup brown sugar and 1 Tbs cinnamon. Slowly pour or spread this over the dough and spread it until it reaches the edges of the dough, with the exception of a 1/2 edge around the top so that can be sealed. Starting with the long side nearest you, roll up slowly until the entire dough is rolled in one long tube, and pull the 1/2 up over the top, pinching to the other dough to seal the edge.

Cut into 12 large rolls with a sharp serrated knife, or with unflavored floss.

Place the 12 rolls on a large greased pan, and gently press down with your hand on each one to flatten. brush the tops with butter or oil and cover entire pan with plastic wrap. Set in a cold place such as your fridge overnight. In the morning, take out and set on your counter. Let rise for another hour or so, then bake at 350* for 35 minutes until the tops are nicely browned.

For tops of cinnamon rolls we simply add 1 cup powdered sugar to 3 TBS of water, with a touch of salt, and pour over the tops of the rolls, or smooth with a spatula while they are still hot from the oven. Make the frosting as thin or thick as you want. 😀

This makes Â 12 Monster rolls, and they are very filling and delicious. Perfect for a treat on a weekend or holiday. 😀