Wellness Wednesday—first steps back to health!

Wellness Wednesday—first steps back to health!

If you read my earlier post, you know that I have been struggling with a serious, crippling disorder for the last few years.

If you read my IG today…you would know that I am determined to not be silenced about the challenges I have had finding true support and encouragement, or how things began to slowly reverse with time and focus and knowledge. Censorship is everywhere, and without the bravery of a few individuals willing to stand up and still speak, I would not be here today.

That gives me great courage in the midst of some pretty challenging times for all of us.

MCAS/MCAD, are two sides of a very difficult auto-imflammatory disorder. The causes are numerous, and depend entirely on the individual, although with all auto-inflammatory disorders or auto-immune disorders, there are always cross overs that appear frequently among those who suffer from it. The disorder was actually only officially given a diagnosis in 2016, and since my largest crippling introduction to it raising it’s monstrous head was in October of 2017….many of the doctors I saw had not only not heard of it, but in terrifying unison, denied it even existed.

If you have ever been terribly ill, frightened, and have doctors handing you business cards of psychologists they work with because they either aren’t willing or  are unable to actually dig to find the root cause….it is a terrifying place to be.

Now if you have been one of our long-time readers, you know our oldest daughter was born super early, and a medical mistake caused catastrophic damage in her life, leading to long time critical illness. You can read more about that here. As her mom, and her advocate, I learned quickly to be kind, insistent and determined to not take no for an answer. Until there were NO ANSWERS other than ones that added more catastrophic effects or issues to her already compromised body. As her mom, I was UNWILLING to accept that answer…and that lead us down a whole new path of discovery, change, real healing, and reversal of long term diagnosis.

Its a miraculous story. And an encouraging one, with amazing results.

But what do you do when YOU are the one sick, and unable to advocate for yourself?

That’s where I was. Completely. Totally. Unable.

One of the most terrifying ways that MCAS  rears its ugly head is by causing you to react to absolutely everything around you. For me it was any food. Even foods that were previously safe. Or water. Or steam in the air. I had to find a way around that, and it took dear friends who had walked a similar road, and an amazing doctor to help me after 5 months of losing ALL foods and drinks other than 3. It was a terrifying time.

Then I learned that there ARE products out there, and they helped enough to get me started in the right direction. Adding them in a very very small way gave me the first relief I had had in months.

Today I want to share two of the original items that I started using, since my cause issue was due to a completely destroyed immune and digestive system thanks to systemic use of steroids to mask the root issue rather than find the root issue.

(And quickly I want to point out….it has nothing to do with blaming doctors. I am past that. I was angry for a good long time, which just further compromised my health. Instead I have learned that I have to advocate for myself….and I have to use my voice to share my story for others walking that same dark and discouraging road.)

Since every food I ate caused a catastrophic wave of histamine to flood my body…my husband began adding 1 tsp of super good quality aloe vera juice to my juice blend of carrots, apples and celery. I started there. After a few days I thought I felt a small difference. Within a week I noticed I did not feel as fuzzy and exhausted after drinking my juice as I had previously. Within a few short weeks I was able to see a real difference.

I was strong enough to do a little research and find that Aloe Vera juice can be very soothing for those who struggle with serious stomach troubles. It has a very very low reaction rate, making it safe for most people to consume without having an adverse reaction. And drinking a little before or with consuming things, coats the intestinal lining, and calms the stomach, allowing the body to also absorb nutrients better, while before that, everything is simply so irritated and reactive that there is no ability to even consume and get something out of things.

Now I am not a doctor. At all. In this I am simply sharing my own story, and what I discovered while I was in the midst of the most challenging days of my life. I am sharing this with you because it worked for me, and my earnest hope and prayer is this sharing brings someone a lift of hope while they are walking through something too.

After six weeks of being able to consume 1 tsp of this while drinking a pint of this juice, my body had calmed down enough (along with other therapies, like doing Meyer’s cocktails—which will be covered next week) that I was able to introduce a few other foods. One was plain, canned chicken. As in, open the can, and eat it. I never thought I would love plain chicken as much as I did with that, but holy bananas. It was better than chocolate.

At this point, another suggestion was made to me to try another supplement, one that helped my body not register the foods consumed as invaders to trigger a histamine flood. I have used it now for almost two years, with every meal, and it has been incredibly helpful in this fight. While I refuse to go around eating anything now, and am still mostly gluten and sugar free, but still dairy free, my diet is so much more open than it was before. I take a small bottle with me to go anywhere outside my home in case we stop and get something somewhere, or even in case I start feeling like I am going to start having a histamine dump (you learn to recognize the signs pretty well after what I have been through).

Like allllllllll things……the better the quality, the more expensive it is.

That’s another thing this darn disorder has taught me. Health is less expensive when you are proactive about it, than when you have to bring yourself back to a good place. Illness can be financiallly crippling. Exhaustingly crippling. So being proactive every day, and investing in that, is better than being on the other side of it and trying to claw your way back. We changed that in our lives, and in our family.

That is this product. I take it with every meal.

I know MANY people who have MCAS or MCAD (or like me, both sides of the ugly story) and this product has been a huge help. Check it out. Try it. See if your story ends up like mine.

And of course, these are literally just two small pieces of the puzzle. We will talk next week about advocating for yourself and how to learn, where to look, where community is for people like me, and many more things.

But if I can leave you with one important thing,,,,it is this.

This world needs to hear your voice.

There is someone out there who needs that lifeline and draws strength from your voice.

Blessings to you and yours

(This post contains affiliate links that might or might not give our family a small payment for suggesting them and someone purchasing them. I refuse to suggest items that I have not tried or have tried and would not share with others.) 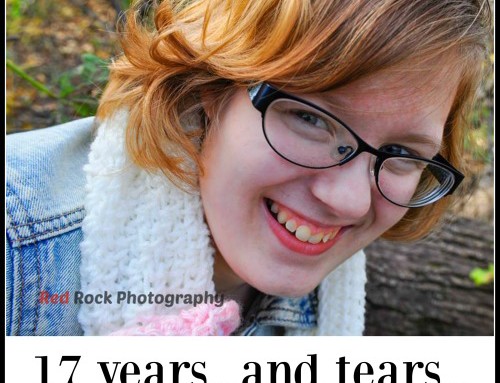 17 years…bringing me to tears… Gallery

2 weeks and 1 Year….what they have in common

2 weeks and 1 Year….what they have in common 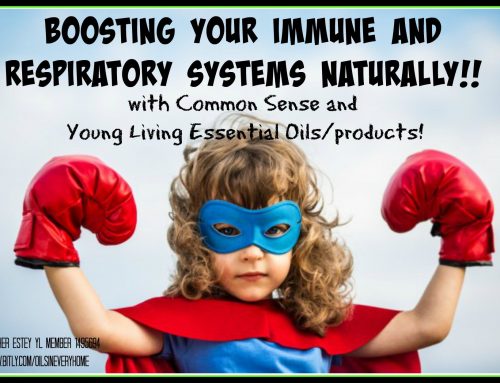 Boosting Your Immune and Respiratory System…. 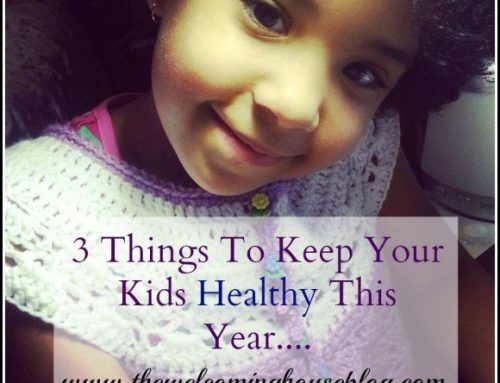 When you KNOW what’s coming…. Gallery

When you KNOW what’s coming….