When the Red Flags start waving…..

When the Red Flags start waving…..

Good morning.
Today’s Make-It-Yourself Monday post has been shoved out of the way for something that is much MUCH more important that we need to talk about.
Now before you get too far into today’s post Â
I feel like I need to be very clear about a couple things.
One, I am not Mormon.Â
I have very dear friends who are, and grew up in an area that was predominantly Mormon.
So, what I am going to tell you has been personally confirmed by a couple of those friends, because I don’t want to post something that is not true and get everyone’s knickers in a knot.
Second, this concerns everyone. If you believe in home canning, food storage, food preservation, or anything that falls in these categories, then you should most certainly be sitting up , taking notice, and being aware of what is happening across our nation. I know it seems like we are having tons of crisis, and that can be wearying to be constantly on attention and looking for the next thing. But that is our job. We are to try to be ever-vigilant, because freedom can be a fragile thing.
Third, I am not writing this post to incite panic or distress in anyone. I really really REALLY hate drama, and that is why I often do not read certain posts on FB, respond to people who bring it with them, or start it on someone’s page. I am far more inclined to avoid drama, anywhere other than my home, because I love the people who live under my roof and want to keep them. That means, with three girls, that I need to put up with a certain amount of drama, and live with it. No so on the Web, and if this seems drama-ish to you, I am terribly sorry.
Instead, please see my heart through the post ahead.Â
My job is to write what is on my heart.
Â To point out to you the things that are laying on my heart.Â

And this one, this one is a big one.
It seems that as a formal announcement will ring out in many LDS churches this weekend, we will be hearing next week, early, that all of the LDS canneries are being shut down in the Eastern part of the US. While they will still sell the canned food that is carefully canned and watched over, due to new regulations that have been passed, they will no longer be able to sell the bulk foods that MANY MANY PEOPLE rely on. This has been an on-going story for well over a year, after we all heard about the managers being harassed last summer by the USDA “police” about turning over their patron list (which was quickly buried by the MSM–but that is another story), and how they have tried to keep up with the constantly changing and ridiculous regulations that keep coming down the wire to keep their facilities able to process the bulk foods.
Now, it seems that the USDA has finally won.
And we should all be sitting up and taking notice.
These folks have been harassed at their orchards where they provide food for their members all across the US. They have been harassed repeatedly, in many different places, for allowing their members, who are “untrained” to volunteer and help with canning their own bulk purchases,
and take it home.
I could continue, but I don’t need to.
How does this affect you and me?
Well, if you don’t can at home, you have nothing to worry about. 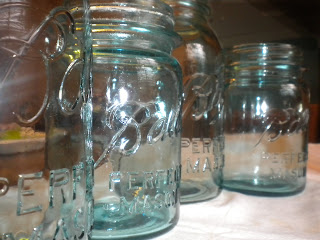 If you don’t purchase bulk food supplies and repackage it
Â in your own home,
then you have nothing to worry about. 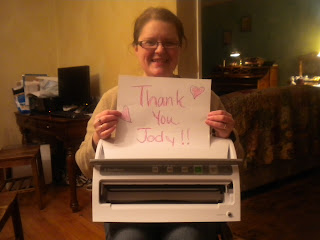 If you don’t believe in having food storage on hand for emergencies,
Â you have nothing to worry about. 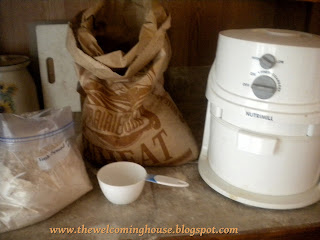 If you dont eat a natural food diet and instead
rely on the pre-packaged foods
the grocery stores carry in bulk, you have nothing to worry about. 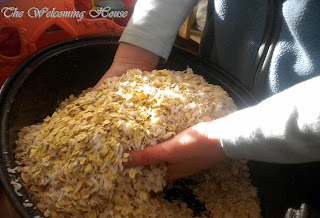 Seriously, you guys, think about it.
Why in the world would the USDA even CARE what the LDS canneries were doing? Really? Â
I mean, other than the fact that they are a supply line for millions of people who are a part of their own church organization. Or that in most cases they freely open their canneries up to folks who are NOT Mormon and who think similarly.
They care because they want everyone to rely on them.
Â THEIR canned foods.
THEIR bulked items that are overseen by THEIR people.
Think raw milk
Â and you know where this is all going.
And how many of you would prefer to eat a jar of your own home-canned peaches or soup versus the stuff you purchase in the store that was overseen by the USDA?
How many of you raise your own animals and process them yourself, or purchase from someone you know, precisely because you care more about knowing how your food is handled rather than relying on someone else to do it for you, and hand it off in a grocery store.
That is the red flag that is going off in my head.
I hope it is going off in yours.
Just wanted you know.
Here is the link to the direct article that got me thinking, and I want you to know that while I do not agree with the author of this blog on everything, I most certainly KNOW she is right on the money
with this one.
If you have been on the line about food storage before this, if you have waited for something to make you just a little more concerned that there may come a time when you can’t get food for your family unless someone hands it to you, or you stand in line for it, then this should be enough to send you over the edge.
Â Food storage. Get it. Start it. Don’t wait.
Blessings to you and yours,
Heather
Ps–I will not be checking comments for moderation until this evening late, so no worries if your comments do not appear right away.
Blessings and thanks to you all.
Keep praying for this craziness to end, seriously.Just in case someone wants more confirmation:
http://www.ldsfreedomforum.com/viewtopic.php?f=56&p=376065
By Heather Estey|2020-09-10T01:29:19-05:00May 6th, 2013|Challenge Me, Faith, Strengthen Me|13 Comments